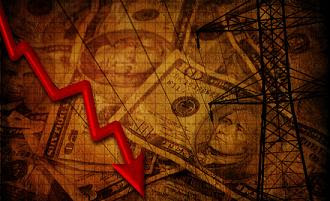 Worse than any disease or even leprosy, anyone spouting Austrian economics or even “common sense” (almost extinct today) has been shoved into the outcast corner by the mass delusional majority. Over the last few years, “theory after theory” has become fact after FACT afterFACT! There can no longer be any question, conspiracy to delude and defraud has run rampant and is a day to day operation in the Western world.

Originally my thought was to write this piece about and around the perfect response, “but you do agree the government is bankrupt, right?“. I say this because almost anyone (in the U.S.), no matter what age, sex, religion, race or financial status will generally agree with this. For those who don’t agree, it is better to leave well enough alone, this is a subset living in their own delusional world.

For those who do agree “the government is broke”, they are broken down into basic subsets. There are those who “get it” fully. There are those who know the government is broke but don’t really understand what it means or the ramifications (they can’t connect the dots). Another group are those who agree and know in the back of their mind this is true …but they don’t REALLY believe it because they simply cannot …”it’s too awful to comprehend”. Then, we have another group, probably the largest of all, those who agree but think it really doesn’t matter. They may also believe no financial crisis will ever occur because “the government will never let it happen”. Let’s talk about this group next.

The “can’t happen here” crowd only need the dots connected for them. I believe it is best to ask them questions in an effort to lead them to their own answer and understanding. This is much better than lecturing or “telling” them because they will actually have to think to answer your questions. Questions such as:

I don’t want to go through the entire exercise but please understand, “guiding” someone to their own conclusion which happens to be correct is best done with questions, MANY OF THEM. If you can, take two, three or even more philosophical roads to help them reach the same conclusion each time …the understanding will be that much more cemented in their mind when they finally do(hopefully) arrive!

Switching gears just a bit, we have seen the “mentality” change somewhat over the last year or so. Even the mainstream is showing some signs of a shift. This “shift” has even become evident amongst and within the “old boys club”. For example, who would have imagined Germany, Netherlands, Belgium and Austria would ever ask for their gold back? Or Texas building its own depository and using the words “not” and “confiscate” in the legislation for proposed repatriation?

Several very well known and at one time mainstream money managers have publicly told of the dangerous situation. The latest is a bond manager who has gone entirely to cash, how’s this for putting a crash helmet on?

Just a few weeks ago, Bloomberg put out an article asking if China could gold back the yuan. This was significant because no news source (other than maybe Kitco) has been as bearish and slandering regarding gold than Bloomberg.

Going to the beginning and back to the top, who exactly was correct in 1999-2000? Who was correct from 2005-2008 about an impending crisis? The answer of course is the very same people screaming bloody murder today “the financial system will come apart from the seams”. Are those who were correct before, now “crying wolf”? Or are they saying the same things for the same reason and forecasting the same results as before? “They” (we) were not crazy then and are not crazy now. In fact, it is even much easier to see now than previous. As a side note if you recall, we heard in late 2008 and 2009, “who could have seen it coming”? Or, “no one could have seen it coming”. This is dead wrong! In fact, even within the mainstream press there was a concerted effort to silence the truth. For example, Greg Hunter while at CNN tried to warn of the banking collapse. He was told “don’t go there” and was rewarded by having his contract not renewed!

“Some” saw the dotcom bubble coming, more saw and warned of the 2008 crisis coming …and even more see this one coming. Not only are there more and louder voices today, the numbers are growing slowly but surely and even engulfing some mainstreamers who used to laugh at “us tinfoilers”!

I know how difficult it is and has been.

The financial landscape is perverted beyond recognition and any time you open your mouth, you are proven wrong.

Gold goes down the following day along with a new high in stocks so you look “stupid”. You are not.

“We” cannot make price, we can only tell the truth as we see it and suggest via common sense and logic the need to prepare for the worst. As I see it, the outcome is not in any doubt and becomes clearer each day. My fear is we are not in 2008 anymore, the coming collapse will change the world order to one unrecognizable to today. The U.S. is in fact “broke” as we spoke of at the beginning. The “realization” of this not only can happen but WILL happen. Sadly, because of how badly the U.S. has treated the world over these last years, we will be given no mercy when negotiating our bankruptcy. It will be a real live wolf at our door!

Disclaimer: The contents of this article are of sole responsibility of the author(s). The Centre for Research on Globalization will not be responsible for any inaccurate or incorrect statement in this article.
Copyright © Bill Holter, Global Research, 2015