An internally transluminal model of the hypothesized unique cosmic quantum of the very early universe is proposed. It consists of a closed-loop photon model, which has the total mass-energy of the atomic matter and dark matter of our observable universe that will develop from it. The closed-loop photon model is composed of a rapidly circulating point-like transluminal energy quantum (TEQ).
This TEQ circulates in a closed helical path with a maximum speed of c and a minimum speed of around the photon model’s one-wavelength closed circular axis. The transluminal energy quantum model of the cosmic quantum is a boson.

1. Introduction
In 1931 Lemaître1 hypothesized that a single quantum particle (primeval atom) composed the universe at the beginning stage: “If we go back in the course of time we must find fewer and fewer quanta, until we find all the energy of the universe packed in a few or even in a unique quantum.” (p. 706)

According to this hypothesis the primeval atom transformed into many other particles. The system of particles and the volume of space expanded according to Einstein’s general theory of relativity to produce our current universe. This hypothesis later came to be known as the Big Bang theory of the universe. In 1956 Goldhaber2 built on Lemaître’s hypothesis in an attempt to explain why anti-matter is much less abundant in our universe than matter. He proposed that
a single particle, a “universon”, existed before the Big Bang. The universon decayed into a “cosmon” and “anti-cosmon”.

The cosmon then decayed to produce our universe whose atomic matter is ordinary matter (as opposed to anti-matter).
In 1975, Tryon3 proposed that the universe could have resulted from a quantum fluctuation (in the sense of quantum field theory) from the vacuum state of space. This could have happened without violating the conventional laws of physics, such as conservation of energy and conservation of electron and baryon number. The universe formed would have to be on the border of being open or closed (because the quantity of negative gravitational potential energy would exactly
balance the quantity of positive mass energy) and also contain an equal amount of matter and anti-matter.
Tryon does not give a model of the quantum fluctuation that produced the universe.

In 1989 Dehmelt4 built on Lemaître’s hypothesis. He suggested that a “cosmon, an immensely heavy lower layer subquark, is the elementary particle. The world-atom, a tightly bound cosmon/anticosmon pair of zero relativistic total mass, arose from the nothing state in a quantum jump. Rapid decay of the pair launched the big bang and created the universe.”
The recent Wilkinson Microwave Anisotropy Probe’s (WMAP)5 detailed measurements of the very nearly uniform (to about 1 part in 100,000) cosmic microwave background radiation (CMBR) coming from all directions in space, with a black body radiation temperature of 2.725 Kelvin, have yielded strong support for what has become the Standard Model of
cosmology, the Lambda Cold Dark Matter ( ! CDM) with Inflation model. To briefly summarize this model, the very early universe was a rapidly expanding hot, dense physical state (the Big Bang). This was followed very quickly by a period of extremely rapid inflationary expansion, followed by normal expansion. This inflationary period is supposed to have wiped out all physical evidence of particles that existed before it.
There are however physical models for the preinflationary era that try to describe this era and explain
the cause of inflation.

After the inflationary period there were small variations in mass/energy densities in the universe produced by quantum fluctuations of energy during the inflationary period. The post-inflationary matter and energy evolved into an extremely hot concentration of elementary particles, which later formed atomic nuclei of hydrogen, helium and lithium. Later hydrogen,
helium and lithium atoms formed, and still later stars and galaxies formed in the regions of greater mass densities caused by the quantum fluctuations of the inflationary period. The universe continued to evolve into our current universe. According to the WMAP data, our universe now consists of about 4.6% atomic matter, 22.7% dark matter composed of relatively slow (cold) unknown particles, and 72.8% dark energy also of an unknown nature. Currently our universe appears to be geometrically flat and has an accelerated spatial expansion (related to Lambda or the cosmological
constant of Einstein’s equations of general relativity) that may be caused by the dark energy.

There is an active search for a theory of quantum  gravity to describe the very early universe, where the micro-scale realm of quantum physics and macro-scale realm of general relativity converge. A leading approach to the development of quantum gravity is Hawking’s6 “no boundary condition” of the very early universe. The expansion of the universe would have begun from a state that was very smooth and ordered.
“There had to be small fluctuations in the density and velocity of particles. The no boundary condition, however, implied that these fluctuations were as small as they could be, consistent with the uncertainty principle.” (p.148) In 2010 Wayte7 proposed that a single particle, with its internal material circulating coherently at speed c, formed the primeval particle of our universe. That first particle transformed into the energy configuration known as the hot big bang of cosmological theory. 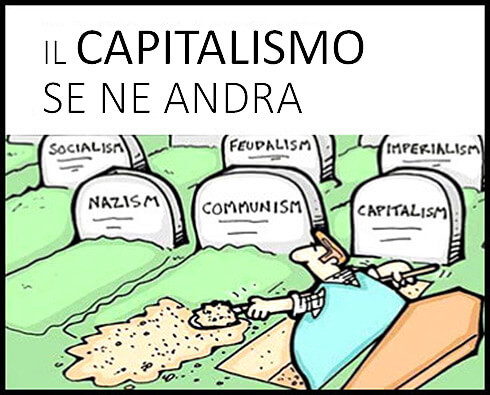