A new theory of unemployment: globalization and the wage-productivity gap

The economist Ravi Batra proposes, in this article, a new approach to the theory of unemployment, recession and economic depression. His idea is that the increase of the difference between wages and corporate profits, is a major cause of the recession and the economic depression because, he says, what’s does not go to wages goes to profits, triggering a chain of speculative investments. And that appened in 1929 and again in 2007 causing the Great Recession.

A deep recession started in 2007 in the United States and quickly spread abroad. Keynesian policies were followed, sharply raising money supply and budget deficits all over the world. But even five years later, the globe suffered from high unemployment. This paper offers a new theory, and argues that joblessness occurs when a wage gap develops in that labor productivity rises faster than the real wage. This occurred in the 1920s that were followed by a depression, and also happened for several decades after 1980, only to be followed by a severe recession. Free trade may be partly responsible for a rise in this wage gap.

In a recent article, Robert Shiller (2001), a renowned economist and best-selling author, remarks: “A great embarrassment for modern macroeconomic theory is that it has never achieved any consensus on the basic questions of what makes the stock market rise or fall and what ultimately causes recessions….we have not been able to pinpoint what ultimately causes recessions”.

These words are  astounding but highly credible. They are astounding because in view of all that has been written about macroeconomics over the past two hundred years, you would  think that by now we understand the ultimate or basic cause of unemployment or recessions.

They are also credible because a deep slump started all over the world in 2007, and, fully five years later, its ill effects of high poverty and unemployment continued to afflict the globe. If we really knew the ultimate cause, unemployment should have vanished soon after the NBER proclaimed the end of the recession in 2009.[1]

Instead, in 2012 the official unemployment rate exceeded 8 percent in the United States, and, if part-time and discouraged  workers are included, it exceeded 16 percent. The picture was not any brighter around the world. In fact, Europe was back in recession in 2011 with a jobless rate surpassing 11 percent, which was the highest since the record began in 1995.

Paul Krugman (2009) was just as blunt as Shiller, when he wrote, “Few economists saw our current crisis coming, but this predictive failure was the least of the field’s problems. More important was the profession’s blindness to the very possibility of catastrophic failures in a market economy” Let us face it: The popular theories of macroeconomics, both classical and Keynesian, do not know what ultimately causes a recession or high unemployment, or else the planet would have been free from this scourge soon after the proclaimed end of the slump. The purpose of this paper is to fill this gap. It argues that unemployment or recessions occur when there is a persistent rise in the wage-productivity gap. In other words, when labor productivity rises faster than the real wage for some time, a wage-productivity gap develops and ultimately leads to layoffs and a jump in the rate of unemployment. Furthermore, a major cause of the rising wage gap for some nations is free trade and outsourcing.

Popular Theories and the Great Recession

The American downturn that began in 2007 is now called the Great Recession, and was the worst since the Great Depression. Millions of workers were laid off and millions more suffered wage losses and poverty, and continue to do so. The unemployment rate jumped from less than 5 percent in 2006 to 10 percent in 2009. Naturally, a question arises: Did anyone foresee such a calamity? After all, a crisis does not occur in a vacuum. There were all sorts of premonitions of things to come. There was a housing bubble, and an oil bubble, along with a torrid stock market between 2003 and 2007. The general view encouraged by policy makers and the academia is that no one foresaw the coming slump. But this is not true. Some of those who base their thinking on empirical models and assumptions, rather than purely theoretical and frequently hypothetical assumptions regarding microeconomic foundations, warned the world in no uncertain terms about the looming economic crisis. According to Dirk Bezemer, “It is not difficult to find predictions of a credit or debt crisis in the months and years leading up to it, and of the grave impact on the economy this would have — not only by pundits and bloggers, but by serious analysts from the world of academia, policy institutes, think tanks and finance.” (2009, p. 2) Roubini, Shiller and Batra, among a dozen writers, predicted the onset of a recession well before its arrival.[2] In fact, in a book published at the end of 2006 and released on January 9, 2007, Batra even pinpointed the year in which it could happen. Some of his words were:

The economy will steadily get worse with home prices falling and layoffs rising…(p.173)

The housing bubble appears to be a major event, which once had a lot of momentum but is now beginning to recede. Its starting point was 2001, when the interest rate started a panicky fall. It is likely to burst in 2008, give or take a year. The burst could start in 2007 and continue till 2009. (p.175)

The economy could still face a steep recession because of rising oil prices, but avoid the calamity of a depression. Unemployment could rise to the level of 10 percent or more…There could be more stock market crashes from 2008 to 2011 or 2012. (p.179)

The rest is history. The housing bubble punctured in mid-2007, whereas, according to the NBER, the recession began in December 2007 and ended in July 2009. In addition the stock markets crashed between October 2007 and March 2009, and had not fully recovered even by 2012, while unemployment approached 10% by November 2010. Thus, some economists did foresee the arrival of the Great Recession, but few macro experts and policy makers paid attention.

Why did most experts fail to heed the advance warnings that were obvious to some? This is because, as Shiller (2001) remarks, popular theories still “have not been able to pinpoint  what ultimately causes  recessions.” Let us focus on the word “pinpoint,” which suggests that there may be only one underlying cause of a downturn. This paper agrees and argues that ultimately the one major cause of a recession is the persistent rise in the wage gap. This happened in the 1920s, which were followed by the depression, and it happened from 1980 to 2007, only to be followed by a serious recession. In fact, the wage gap continues to rise, and that is why the slump persists and will not be over until its underlying cause is removed.

There is only one ultimate cause, although there are a lot of symptoms that masquerade as causes  in popular macroeconomic models. The classical and neoclassical theorists argue that real wage rigidity induced by powerful labor unions or the minimum wage legislation results in long-term unemployment. Few policy makers take this idea seriously, although it still resonates with a lot of economists. On the other side, Keynesians and neo-Keynesians blame recessions on inadequate aggregate demand and see expansionary monetary and fiscal policies as panaceas to end the crisis. Such policies were indeed successful for a long time in ending recessions, but we argue that they only postponed the problems and, furthermore,  new recessions usually required a stronger dosage of expansionary measures. Now Keynesian remedies no longer work in spite of the massive dosage administered to the ailing patient called the global economy. They may stabilize the patient’s illness but will not, and cannot, cure it into robust and self-sustaining health.

Another popular theory is offered by the Austrian school, which blames recessions on excessive expansion of money and credit by financial institutions and on the heavy debt burden of consumers prior to the crisis. This view also focuses on the symptoms. The big question is why consumers get hugely indebted prior to the slump. There is no doubt that bank loans and consumer debt rocketed in the United States during the years leading up to the recession.[3] But the question is why. Our answer lies in the rising wage gap. Thus this paper searches for the ultimate or the primary cause of a recession and not for the symptoms.

The Wage Gap in the United States

Let us begin with the concept of the wage gap, which may be defined as the excess of a nation’s labor productivity over its real wage. Suppose this excess is symbolized by E, then

Where A is the average product of labor, commonly called productivity, and w is the real wage, and where

Thus, E is the wage gap, and moves up or down in accordance with variations in β; so, β is the index of the wage gap. Let Y stand for real GDP or a nation’s output, and L for the employment of labor. Then

Normally, the wag-gap index remains constant over time as the real wage rises roughly in the same proportion as productivity, but once in a while it goes up in some decades. That is when trouble follows.

Table 1 furnishes the behavior of the US wage gap over two time periods, first from 1919 to 1929 and then from 1962 to 2010. Column 4 displays the wage-gap index during the 1920s and shows that it jumped sharply from 111 in 1919 to 156 in 129, or by 40 percent in just one decade. This was the fastest rise in the index in US history and, as argued later, this could not but generate the worst depression. In any case, this information will come as a surprise to neoclassical economists, who believe that the real wage equals the marginal product of labor, which in turn is proportional to labor’s average product, so that the wage gap is constant in the neoclassical world.

Column 2 presents the behavior of the wage gap between 1962 and 2010; these are the years for which the relevant data are readily available from the 2012 Economic Report of the President, and so the information is furnished for 5 decades to see how the wage gap behaves in good and bad times. This column is obtained by dividing the figures for hourly output in the business sector by real hourly compensation. The data start from 1962 and end in 2010.

The table shows that the wage gap remained constant during the 1960s and rose slightly in the 1970s. For all practical purposes, there was little change in the gap during these two decades, as its index varied between 72 and 77 over 18 years. However, from 1980 on, the wage gap began to rise steadily, as its index rose from 77 in 1980 to 107 in 2010, or by roughly 40 percent over three decades. Thus, the wage gap rose consistently, but compared to the 1920s it was a much slower rise.

*A preliminary draft of this paper was presented at a seminar organized by the POC Corporation, Los Angeles, California, in 2010. I am grateful to Joanna Jannson for inviting me to present the paper. 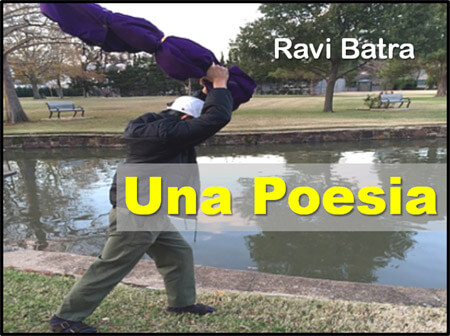 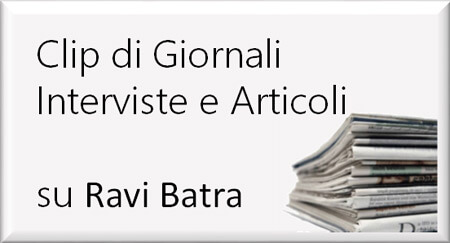